When she started real estate, she started with renovation and her first job experience was with the Federal Government in 2002 during Obasanjo regime. Then, Tony Anini was the minister for works. She was given 50 housing staff quarters in Ibadan to renovate.

Being her first experience, it was a bit cumbersome. She had no idea and no knowledge in the business but she believes what a man can do, a woman can do and also do it better.

Luckily for her, she had a good relationship with the quantity surveyor of the federal ministry of works and some engineers. These people formed her team and they carried out a fantastic job together. One of the things to note here is that she acted fast and was able to put a team together to get that project to completion.

After that project she remained in the public sector and got some other projects like construction buildings and staff quarter buildings. Later on, her friend who noticed her passion for the business advised her to go fully into the business and that was how she started.

Her first project after that was a semi-detached twin duplex she developed and sold at Ogundana Street in Ikeja.
She said her most interesting project of all the projects she had done was the one she did on the island at Ikate Lekki. She built six terraces, sold 4 while it was still under construction and sold the remaining 2 four months after completion of the construction.

What made that project fascinating for her was her level of experience and the good team she was able to bring together. They all made the project a smooth one. Mrs Yetunde noted that having practised real estate development for 5years, school of estate has opened her eyes to other key areas she has not been privy to about the business and she can’t wait to hit the field with them.

She said in the next five years, she wants to see herself as a guru in the industry because she is still learning.
Her advice to those who want to go into development is that whatsoever they find themselves doing, they should do it well.
If they want to be successful in real estate business, they must be able to know what they really want, the area they want to venture into and most importantly, get trained for it. 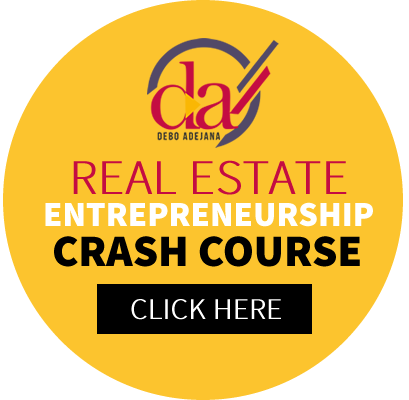